Mac Divot Comic Strip is created in the Chicago Tribune by Editor Don Maxwell and Maurice "Moe" Reilly, a former president of the club to create a unique graphic depiction of the growing game of golf. Along with Jordan Lansky they originated, wrote and, along with many other members, appeared in the famous "Mac Divot" comic strip. Mel Kiefer the cartoonist was hired and the story-line was based on an actual re-enactment of actual activities, antics and aspirations of Riverside members and the club. The name of the club pro was changed to "Malcolm MacDivot" and the club was the "Rolling Knolls country Club." 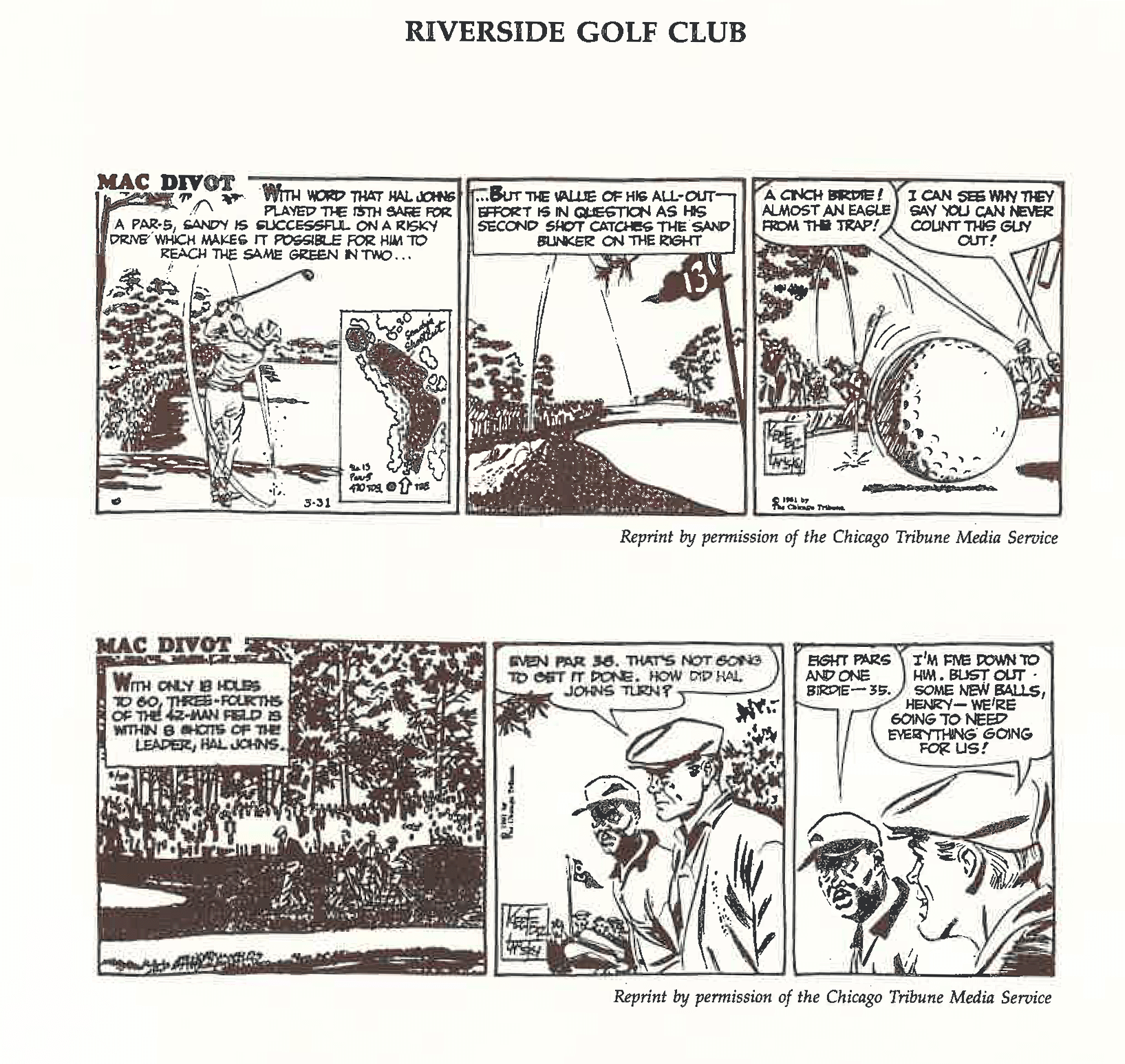 Copyright ©2020 by Riverside Golf Club. All Rights Reserved.  Private Golf Club sites by MembersFirst  |  Terms of Use  |  Contact Us  |  Request My Information